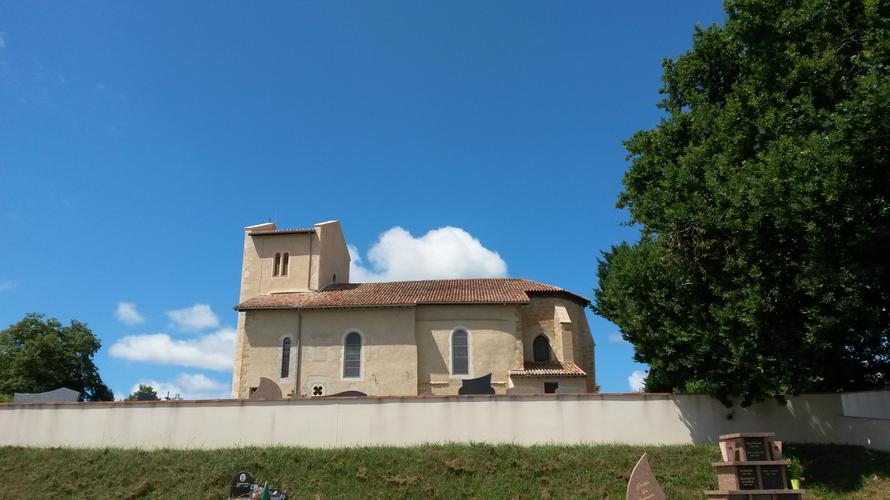 SOME HISTORY ABOUT OUR CHURCH

The safeguarding work of the church, jewel of our local patrimony, revealed old stones, as you can see it on the chevet.

The craftsmen of this rehabilitation have brought to light a keystone which deserves our undivided attention. This keystone represents a hand with three stretched out fingers, a symbol of justice.

The king is represented by the thumb, reason by the forefinger, charity by the middle finger, and Catholic faith by the ring finger and the little finger.

This emblem dates back to the XIIIth century and emerged as being an integral part of royal power: Saint Louis , during his coronation, received a command stick decorated with a hand which had 3 stretched out fingers.

In view of the works of justice led by that king, the symbol has endured afterwards among the sovereign’s descendants.